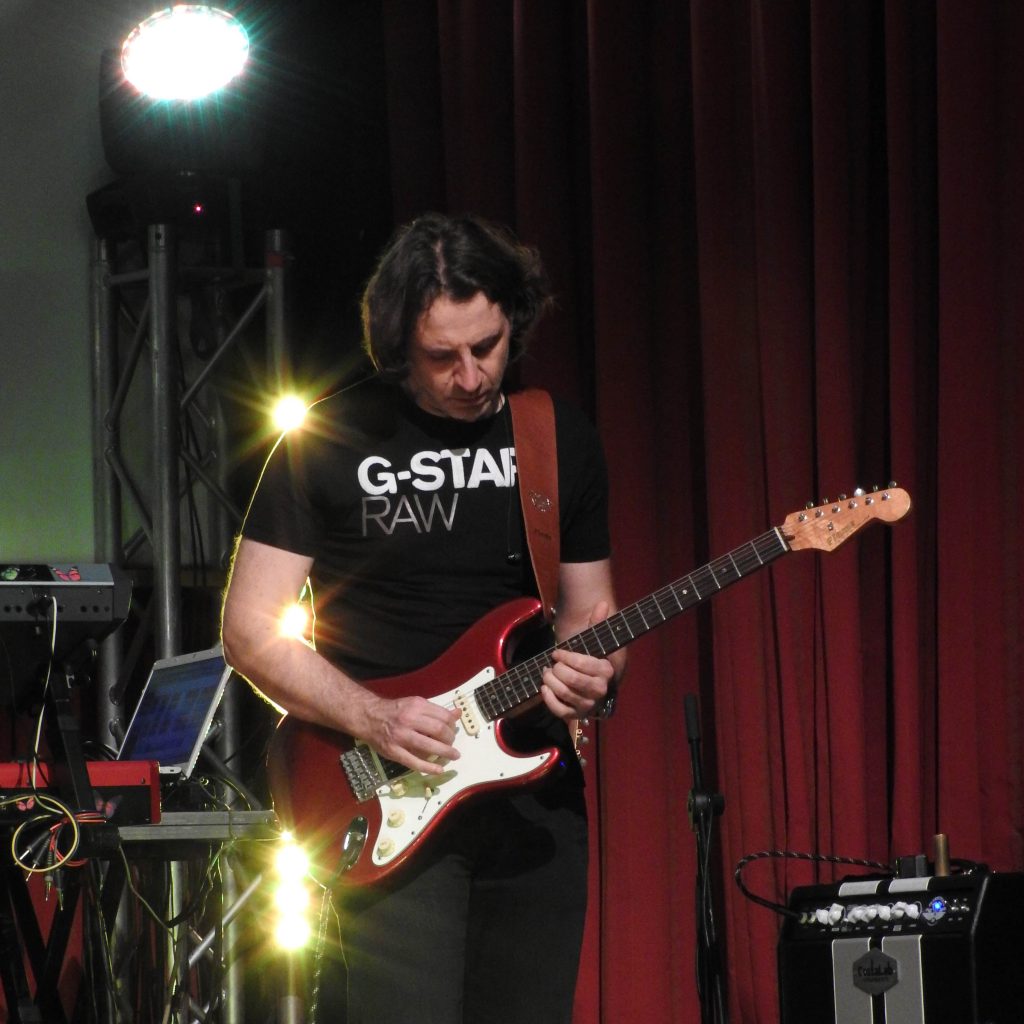 Massimo is one of the founding members of RanestRane. He started playing guitar in the early eighties and became greatly influenced by Steve Rothery (Marillion), when he heard the guitar in the song Kayleigh.

He worked with a number of musicians, like Corona (2001-2003), Vernice (2003), Tiziana Rivale (2004), Silvia Salemi (2004-2013) en Don Backy (2008-2013). In 2013 he played on the live performances of the album “Contaminazione”, by the famous Italian progband “Il Rovescio della Medaglia”, that had been reformed by Daniele, together with the original guitarist Enzo Vita. The higlight was a show on the annual festival “The Italian Progressive Music” in Tokyo in april 2013. This concert was later released on CD.

He too, like Daniele and Maurizio, is a member of the 70/80/90ties coverband Bop Frog.