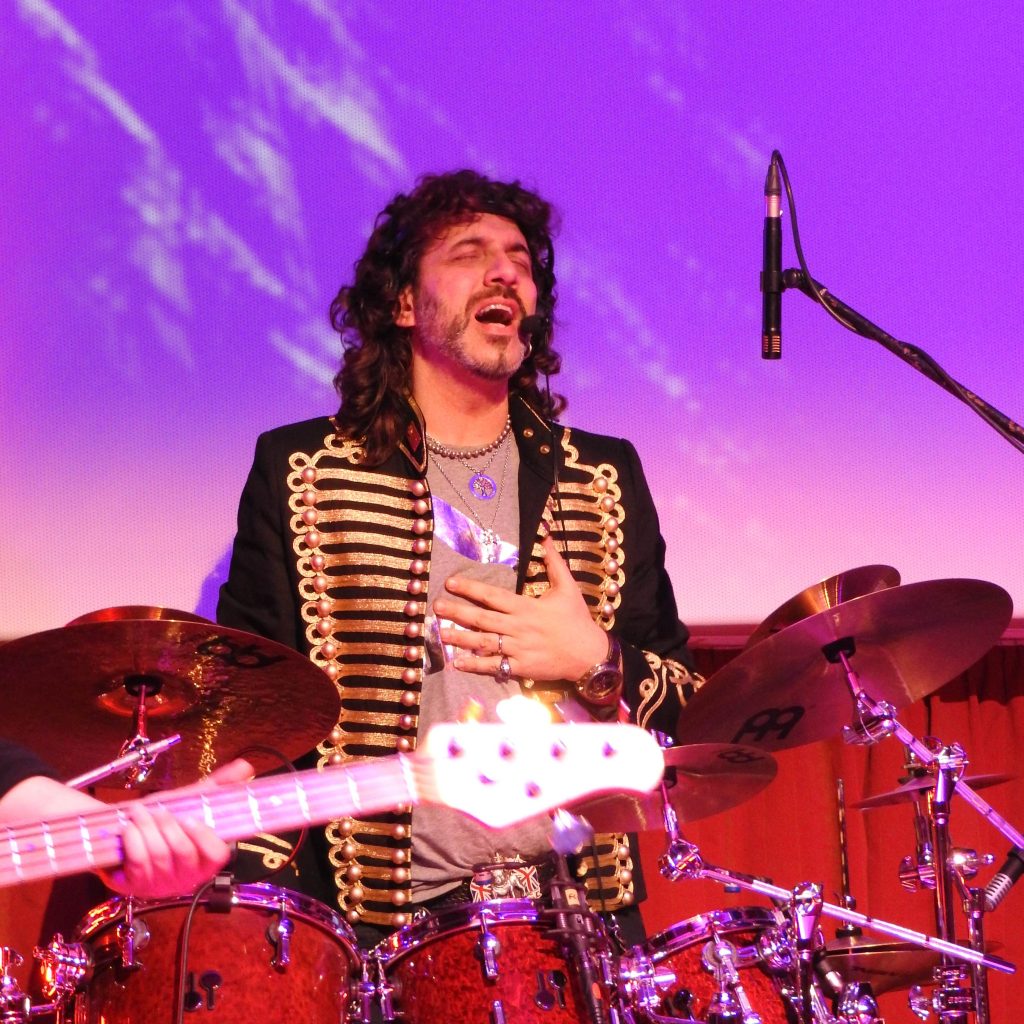 Daniele started with music lesson at the age of eleven. When he was 19, he graduated from the academy of music of Latina and immediately started working as a drum and singing instructor. From 2000 onwards, he is teaching at the Saint Louis Music Institute in Rome, where he coordinates the pop&rock rythm section. Since 2015 he is also teachting at L’Ottava music school in Rome.

He is one of the founders of RanestRane. He was worked with a number of famous musicians, like Steve Hackett and Anthony Phillips (Genesis), Steven Rothery and Steve Hogarth (Marillion), David Jackson (Van der Graaf Generator), Dionne Warwick and Graham Nash (Crosby, Stills, Nash and Young). In 2013, together with one of the original band members, guitarist Enzo Vita, he reformed the famous Italian progband “Il Rovescio della Medaglia”. This led to a number of live performances of the famous album ‘Contaminazione’, together with Massimo, Riccardo and Maurizio naturally. The higlight was a show on the annual festival “The Italian Progressive Music” in Tokyo in april 2013. This concert was later released on CD.

Daniele, together with Massimo and Maurizio, is a member of the 70/80/90ties coverband Bop Frog. Furthermore, he has contributed to various tunes and soundtracks for television and film, as well as numerous theatrical productions.