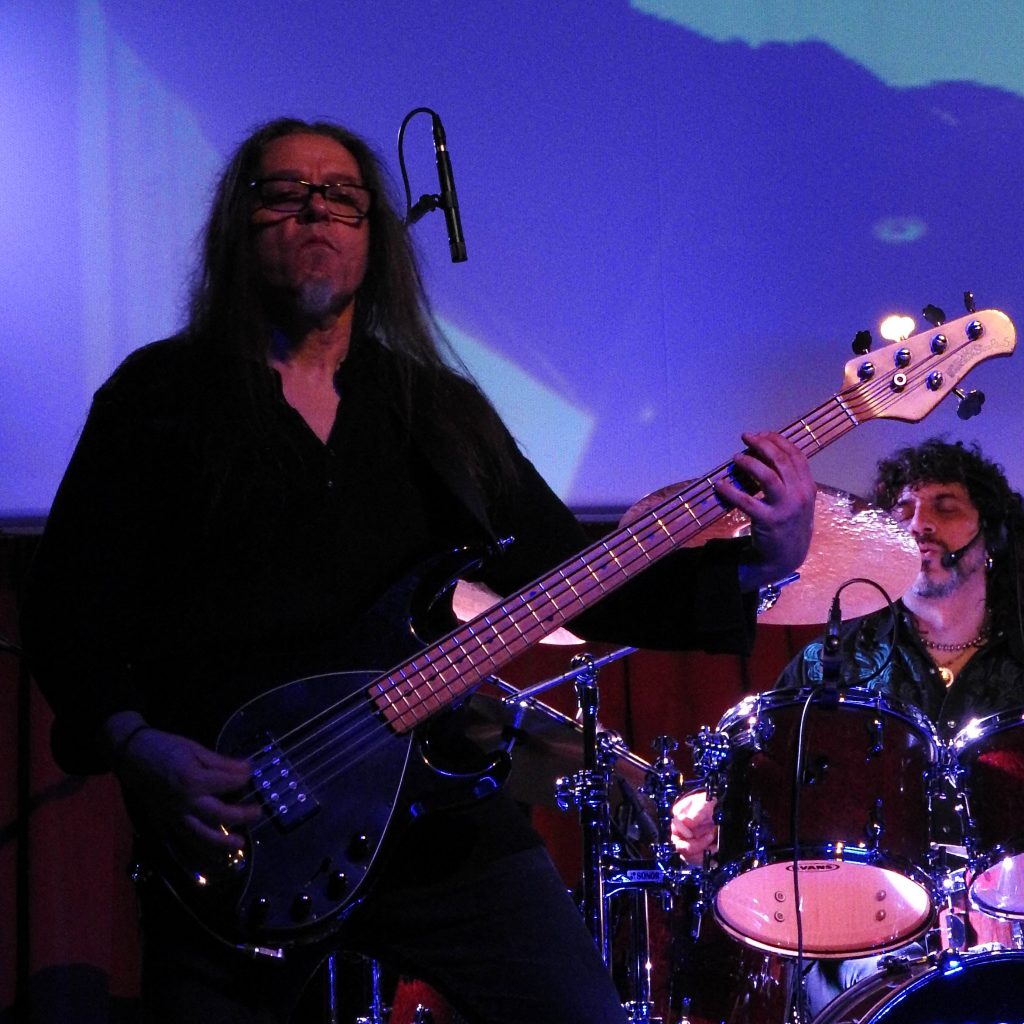 From a very early age it was clear that Maurizio had a great affinity with music. As a child hij participated in song contests and started with piano lessons. At the age of 14 he switched to his definitive instrument, the bassguitar. He is self-taught and has a great passion for rock muziek, combined with an interest in very diverse styles. At present he teaches, both private lessons and at the German School in Rome. He is also one of the artistic directors, of the festival ‘L’Arte dell’Incontro’ (Trentino Alto Adige), where he gives workshops.

He collaborated with many other musicians, like Bungaro, Marco Bellotti, Stefano Zarfati, Corona, Lips, Delgado, Jean Michael Byron (Toto), Piero Brega, Simona Bencini, Franco Fasano, Jacopo Troiani en Manuela Zanie. In 2013 he played on the live performances of the album “Contaminazione”, by the famous Italian progband “Il Rovescio della Medaglia”, that had been reformed by Daniele, together with the original guitarist Enzo Vita. The higlight was a show on the annual festival “The Italian Progressive Music” in Tokyo in april 2013. This concert was later released on CD.

Maurizio plays in Alan Soul & The Alanselzer and, like Massimo and Daniele, is a member of the 70/80/90ties coverband Bop Frog. He has also worked on numerous theatrical productions.