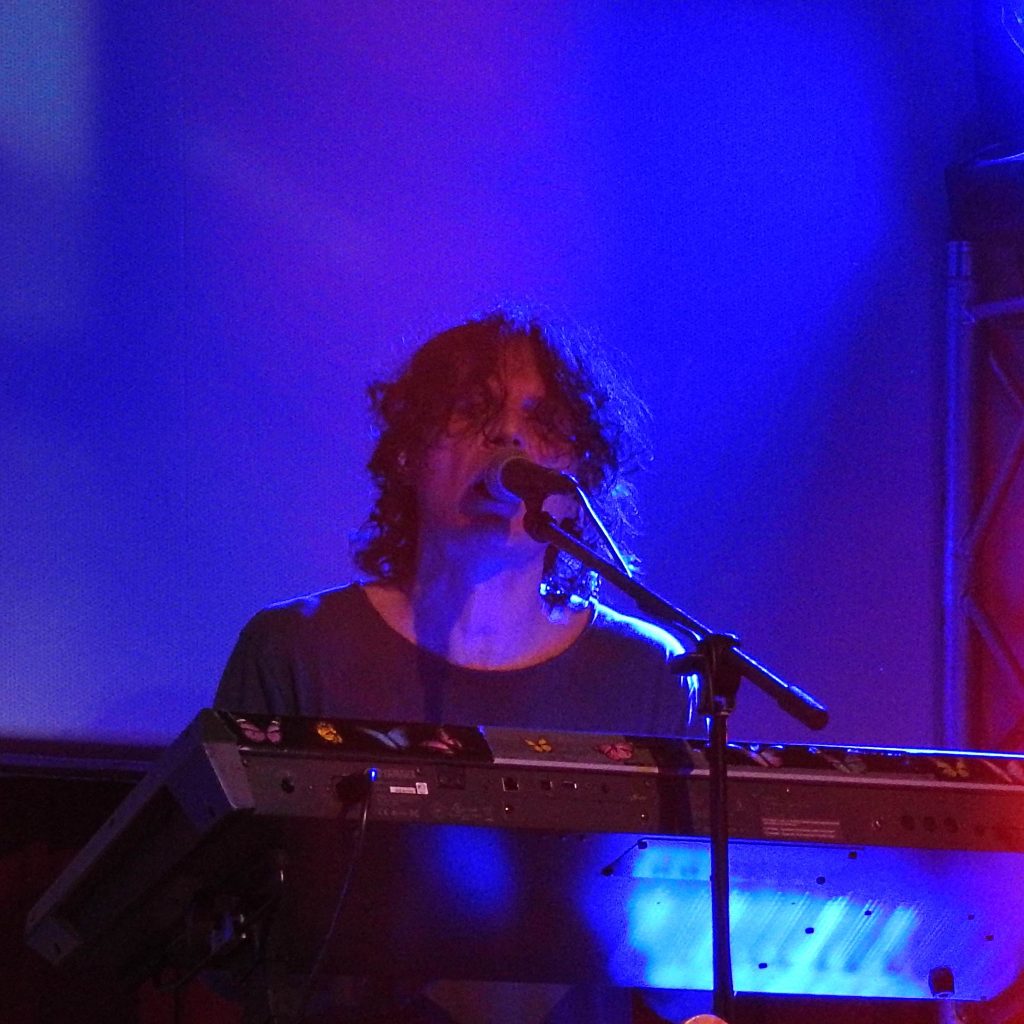 Riccardo studied piano and guitar at the Scuola Popolare di Musica di Testaccio, and has taken private singing lessions. He formed his first band when he was twelve and started right away to write his own music.

Besides being part of RanestRane, in 2012 he became singer/keyboardplayer of “Kcrimsonick”, a King Crimson tribute band. In 2013 he played on the live performances of the album “Contaminazione”, by the famous Italian progband “Il Rovescio della Medaglia”, that had been reformed by Daniele, together with the original guitarist Enzo Vita. The higlight was a show on the annual festival “The Italian Progressive Music” in Tokyo in april 2013. This concert was later released on CD. Besides this, Riccardo is of course most know for being the keyboard player in the Steve Rothery Band, with whom he recorded the album “The Ghost of Prypiat” and toured all over the world.

Besides a musician, Riccardo is a gifted producer. He was responsible for the production of the live DVD-CD “Live In Rome” of the Steve Rothery Band and the RanestRane DVD-CD “Monolith In Rome – A Space Odyssey Live”. A lot of other bands and project have since made use of his services. Finally, as writer, musician, producer and musical director he worked for a great many theatrical productions.

Riccardo has his own musical project: Riccardo Romano Land. At the end of 2017 he released his first album ”B612″, with music based on the famous children’s book  “The Little Prince” by Antoine de Saint-Exupéry. For this project Riccardo assembled a fantasic line up, consisting of not only Daniele, Massimo en Maurizio, naturally, but also Steve Rothery and Steve Hogarth (Marillion), Jennifer Rothery (Sylf), Martin Jakubski (StillMarillion), Dave Foster (Steve Rothery Band / Dave Foster Band), Sonia Bertin, Andrea Bassat, Lorenzo Feliciati, and Luca Grimieri. While in RanestRane he restricts himself to the backing vocals, on this album Riccardo provides a major part of the lead vocals. Watch the trailer below, or for more info visit his site: RiccardoRomanoLand.com.